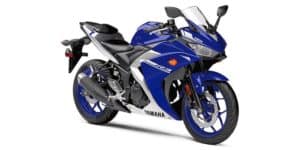 It’s significant that a 300cc motorcycle is at the top of this list, ahead of some of the most successful and iconic motorcycles on the market.

For those looking for a super approachable first motorcycle, it’s hard to argue with machines that look like barnstorming superbikes but have none of the drawbacks that come with owning a land missile.

300s are also an attractive proposition over 250cc bikes with their noticeable increase in performance.

The Yamaha YZF-R3 ’s 321cc inline two-cylinder engine features four valves per-cylinder and makes 42 horsepower and 36.7 pound-feet of torque. Small numbers, sure, but when the bike only weighs 368 pounds, both acceleration and braking are brisk and crisp.

Yamaha blessed the R3 with several premium features include aluminum wheels, a slipper clutch, and available ABS. Prices start at $4,999 and rise to $5,299, making the R3 an even more attractive option. 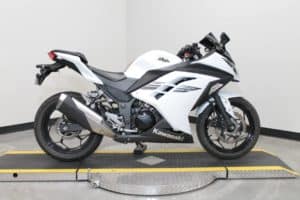 See the above for information on 300cc bikes Promise I wasn’t lying about 300s being popular!

Kawasaki’s Ninja 300 is a direct competitor to the Yamaha R3 and does an equally effective job of aping the looks of a superbike while delivering solid entry level performance.

The Ninja’s utilizes a two-cylinder, 40 horsepower engine that features fuel injection, aluminum cylinders, and a clever air management device that sends hot air from the radiator out the bottom of the bike and away from the rider.

Kawi’s lightweight bike was first introduced for the 2013 model year and is slated to be replaced by the forthcoming Ninja 400 for 2018. Get your Ninja 300 now while they’re hot! 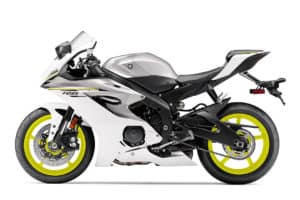 The Yamaha R6 is a perennial contender for essentially any competition it enters be it a ‘Most Popular’ list, a superbike shootout, or the top step of the podium.

We actually wrote about the 2017 R6 a few months ago and detailed the updates Yamaha gave it for 2017.

Some of those updates include a stronger, more responsive braking system, the YZF-R1’s suspension system, and a whole host of electronic rider aides.

Power output is 122 horsepower from the same inline four-cylinder engine as the last generation R6. Regardless of color choice, Yamaha’s dominant middleweight will run you $12,199. 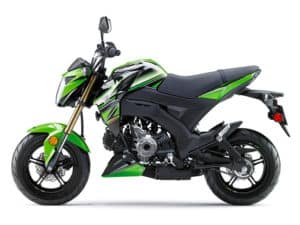 The fact that a mini-bike made it onto this list is genuinely impressive.

What’s more impressive is that the bike isn’t named ‘Grom’. The Kawasaki Z125 is a sweet little machine that provides new riders, mini-bike enthusiasts, and anyone wanting something besides the Honda Grom with a great riding experience.

It has a surprisingly large two-gallon gas tank and excellent fuel economy so it’ll make for a perfect city bike.

Kawasaki also imbued the Z125 with plenty of hooligan-y DNA so seasoned riders will have a blast on it too. To top it all off, it’s less money than the Grom too ringing in at only $2,999. 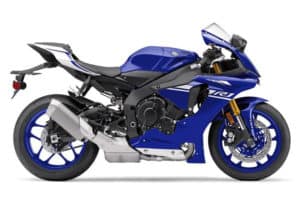 The sensational R1 got a major refresh back in 2015 and the king of Yamaha’s stable is still a world class motorcycle and a popular machine.

Like the R6, the R1 is always near the top of any list, particularly superbike comparisons – it’s taken top honors at Cycle World’s Superbike Shootout three years running now.

At the heart of the experience is Yamaha’s flat-plane crank four-cylinder engine that shells out a stonking 190 horsepower.

Read any review of this newest generation bike and recurring themes begin to appear – it’s one of the most complete, firm, fast, and effective literbikes you can find.

If you’re feeling particularly brave, you can opt for the super hardcore R1M and attempt your best Rossi impression. Prices range from $16,699 to $22,499. 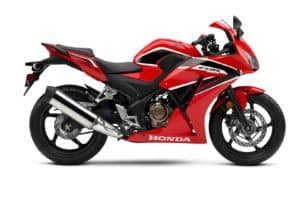 In an effort not to repeat myself – again – I’m going to skip talking about what 300cc motorcycles are all about.

Instead, we’re going to discuss Honda’s entry into the 300cc game, the CBR300R.

Unlike the other bikes on this list, the baby CBR has a single-cylinder engine that combined with a 3.4 gallon gas tank and an estimated 71 miles per gallon, means you can literally ride for days without stopping to fill up.

Don’t think all performance has been thrown out in favor of economy, however, the bikes rear shock has preload adjustability, and it can be equipped with optional ABS. 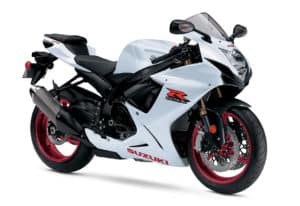 This last generation GSX-R750 might be long in the tooth – it’s some six years old now – so it says a lot that it’s on this list.

Slotted between the GSX-R600 (see below) and the GSX-R1000 literbike, the 750 fills the performance and price gap between those two models.

To the rear wheel, the inline four-cylinder engine makes nearly 130 horsepower and some 59 pound-feet of torque, a noticeable step up from the 600.

Suzuki has combined that impressive power with a smaller chassis meaning the 750 is nimble and sharp like its 600cc sibling, but packs more grunt particularly down low for an even more exciting riding experience. 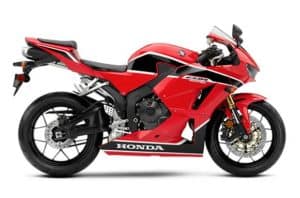 The 600RR was my dream motorcycle for years when I was a kid. I loved its stance, the badass undertail exhaust, and the Batman-esque front end.

Honda’s middleweight has come a long way since then, but it’s still just as desirable. Going head-to-head against the likes of Suzuki’s GSX-R600 and the Yamaha R6, the 2017 CBR is born from a long line of wildly successful Honda sport bikes and racing pedigree.

One particularly notable feature of this bike is Honda’s Combined Anti-Lock Braking which measures out anti-lock braking duties between both the front and rear brake when needed.

It’s also a tad cheaper than its aforementioned competition – prices for the CBR start at $11,799. 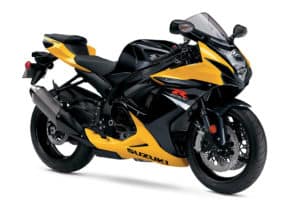 Suzuki’s 600cc entry on this list is the GSX-R600 , perhaps the market’s most stereotypical middleweight sport bike.

Motive force for the Gixxer comes from an inline four-cylinder engine that features aggressive valve-lift profiles derived from MotoGP, and an extensive use of aluminum in both the engine and chassis.

True to the bike’s racing roots, both the Showa Big Piston front fork and the Showa rear shock are fully adjustable. The Gixxer also boasts a full compliment of electronic rider aides including multiple rider modes and an electronically controlled steering damper.

One of the biggest advantages of the GSX-R600 is price – it undercuts all of its competition significantly by ringing in at $11,199. 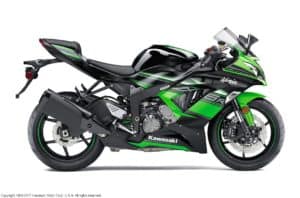 Rounding out the Japanese 600cc representation on this Most Popular list is Kawasaki’s Ninja ZX-6R .

Racing is the ultimate crucible for developing capable street products, and Kawasaki has been on something of a roll in World Superbike racing by winning the championship three straight years.

That translates into impressive performance from the 6R on both road and track.

The engine soars to 16,000 rpm and creates an impressive 130 horsepower at the crank, making it more powerful that most of its competition.

Opt for Kawai’s classic green and black livery, and you won’t be able to help feeling like Jonathan Rea ripping toward the checkered flag. The cost for putting a ZX-6R in your garage starts at $11,699. 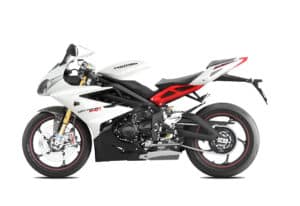 Hey, look! An English sport bike! In a sea of Japanese machines, the Daytona carves out its own niche and approaches the middleweight formula a little differently.

For starters, it uses a 675cc inline three-cylinder engine unlike the more traditional four-cylinder configuration.

Power output is a meaty 128 horsepower and 55 pound-feet of torque, which places it near to the top of the 600cc heap in terms of sheer numbers.

The Dayton 675 R carries a price tag to match its premium nature – it rings in at $14,000. No small sum, but if you’re looking for a quality sport bike that’s unique and a little quirky, this is your machine.