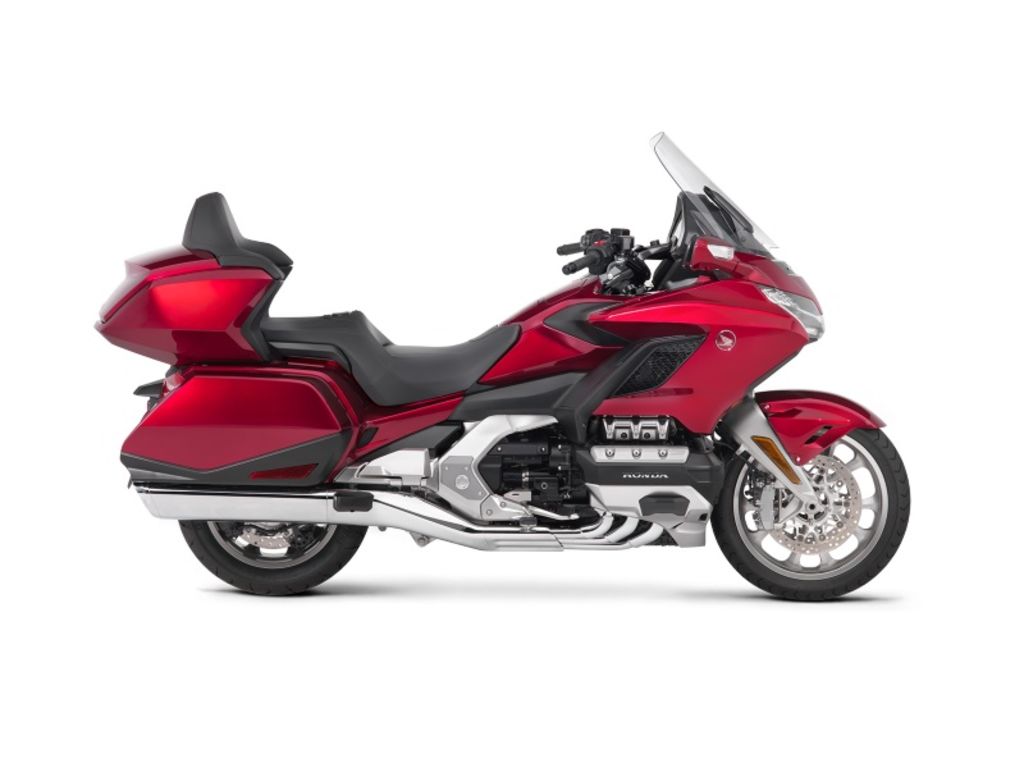 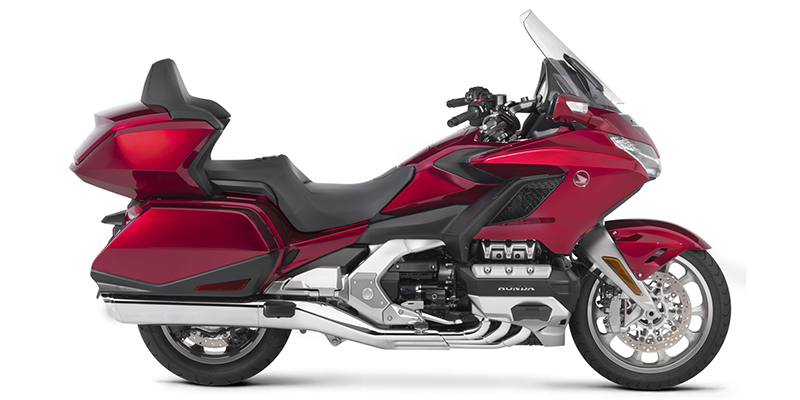 This is the bike that invented the concept of the modern touring motorcycle. And reinvented it. And just last year, reinvented it all over again. The latest generation of Gold Wings are leaner, more refined, more up to date than ever. From their super smooth six-cylinder engines to their available 7-speed DCT automatic transmissions. From their revolutionary front suspension systems to tech features like Apple CarPlay™. Lighter, leaner, and designed to push the limits of what a touring bike can be, the 2019 Honda Gold Wing will expand your adventures beyond imagination. Inspire yourself.

The Gold Wing’s horizontally opposed six-cylinder engine is famously smooth and powerful. The latest version is an 1833cc design that’s over 13 pounds lighter than the previous generation (more than 8 pounds for the DCT versions).

The Gold Wing’s engine uses four-valve, Unicam® cylinder head design. That improves engine performance and power, and also contributes to the engine’s weight reduction from its previous generation. The four-valve per cylinder design is also a big part of the Gold Wing’s superior fuel efficiency.

You may think this is just for cosmetics, but on a hot day single-wall exhaust pipes can throw off a lot of heat. The Gold Wing’s twin-wall design keeps things cooler. Plus, this is the best sounding Gold Wing we’ve ever built!

Because the 2019 Gold Wing is light, you’d expect it to be fuel efficient. But its weight is just the start. Combined with the bike’s engine, intake system, and four-valve design, estimated fuel economy is up 22 percent from the previous generation.* Want to really squeeze the last mile out of every drop? Try the “Econ” ride mode setting.

Of course the 2019 Gold Wing still features cruise control, and with our stellar throttle-by-wire system it’s better than ever.

We’ve given our manual-transmission Gold Wings a slipper clutch, just like our premium sportbikes. It only makes sense—the 1833cc engine delivers tons of power, and the new chassis lets you ride this Gold Wing like a sportbike. Twisty roads? Bring ’em on!