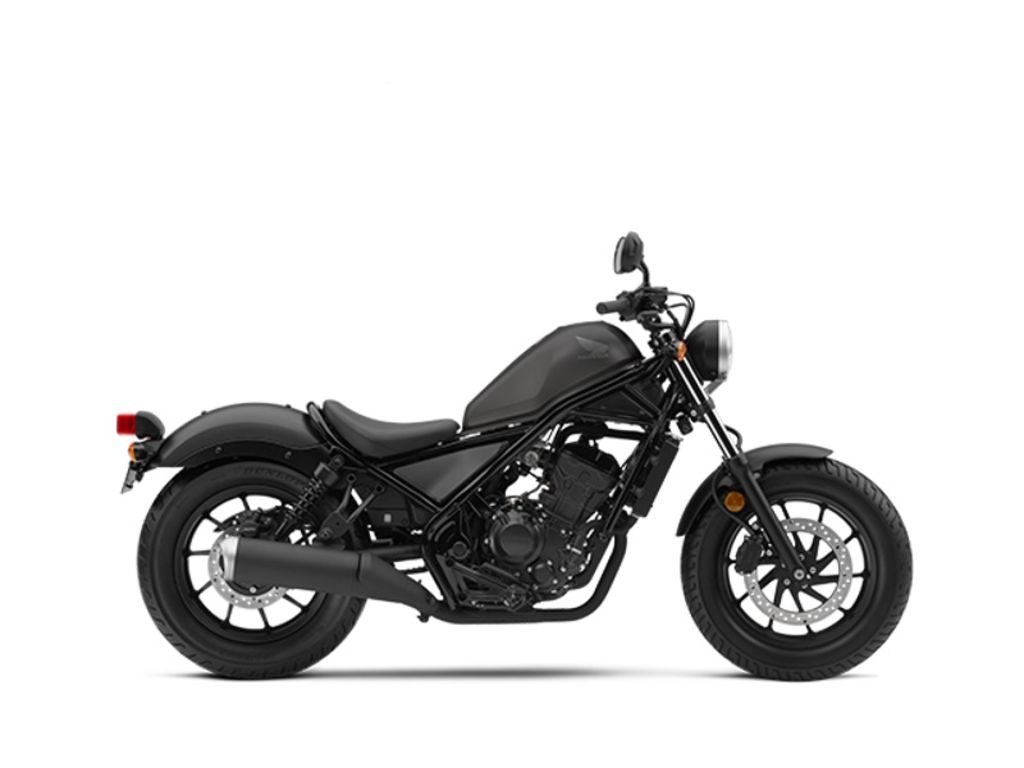 Please call for price
Call Us
View All

Forget all that bigger is better stuff. Sometimes light and nimble is the way to go—and that’s what we’re talking about with a Honda Rebel 300. Light, nimble—and awesome. Because a Rebel 300 embraces all the parts of motorcycling that we love. It’s minimal, but turns that minimalism into a free sense of style. Designed for riders of all skill levels, it rocks a sporty, narrow single-cylinder engine. Its blacked-out touches let you use it like a blank canvas, so you can customize it to make it your own. The low seat, plus great new color options this year—who doesn’t love that? Do more with less, but do it better. The Rebel 300 is ready.

Hondas are famous for their engines, and we’ve given the Rebel 300 a great one. First, the facts: it’s a single-cylinder with fuel injection, double-overhead cams and a counterbalancer. Because it’s a single, it’s light and super narrow, which helps reduce the overall bike’s weight. It also offers the kind of torque and midrange power that’s well suited for all levels of riders.

The Rebel is a blank canvas for your self expression. But unlike the canvas you buy at the art store, this one’s not boring white. As is, its black-out engine pieces, frame, and bodywork elements look great during the day and even better at night.

When it comes to seat heights, almost everyone likes them lower. At just 27.2 inches, the Rebel has one of the lowest seats in anyone’s lineup. It’s comfortable when you ride, and it makes it easier to flat-foot it at stoplights or in parking lots.

A lot of today’s motorcycles look great standing still, but disappoint once the road gets twisty. At Honda, we set high standards for the way all our bikes handle and feel, and the Rebel is a perfect example—we’ve paid just as much attention to the way this bike corners and handles as we have its knockout styling.